Not at all what I expected, but still pretty cool.

It got colder, but I expected that.

The light wasn't what I expected.  I figured that the sun being 93% blocked would mean 93% less light.  But it didn't happen that way.  It had this weird twilight kind of glow in the air, but not like a normal twilight.  I would guess that's because the sun was still in the middle of the sky.  In a normal twilight the sun is setting.

One other thing:  The glasses aren't to keep people from hurting their eyes when looking at the eclipse - at least in a a partial eclipse.  They are to allow you to look at it at all.  There was no point - even when the sun was 93% blocked - where I could make myself look at it.  Looking at the sun when it is partially blocked is no different than looking at the sun any day.  If you do it, you instantly realize it's a mistake.

That said looking at the the sun through the eclipse glasses was extremely cool.

Probably the best part was watching everyone get together outside of the building and spend a little time checking out the eclipse.  And not arguing about politics.  Just hanging out and enjoying a really cool (and really rare) event.


Actually maybe the best part was messaging Beth and finding out how the eclipse looked to her and the kids 3 time zones away.  And finding out she made an eclipse box, which was very cool indeed.  Even Joe admitted it was cool. 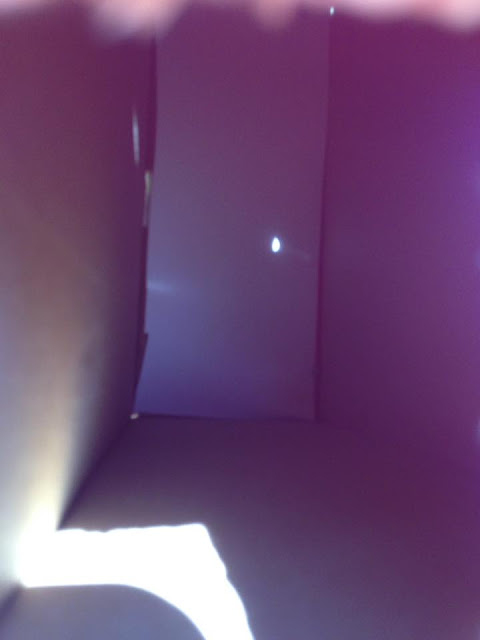