Great things from the air

Normally when I fly I take the aisle seat to allow me to get up when I want. Especially on long flights.

Today's flight from Detroit to Seattle was different. I had a window seat (although it was one with no seat in front of it, allowing me to get up without disturbing other passengers).

With about 20 minutes to go I decided to take a look out the window. And I was presented with the ultimate #greatthing. Snow covered mountains in August. 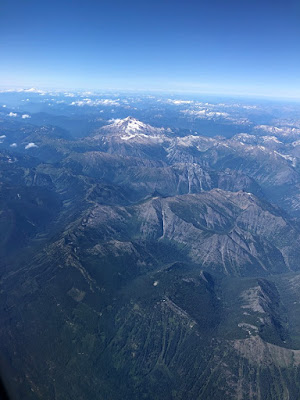 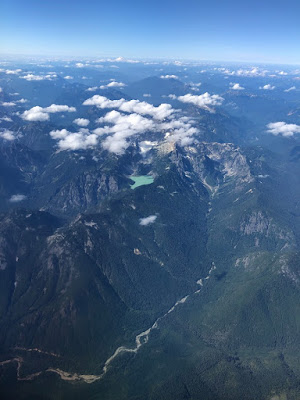 Posted by Phil Barth at 7:41 PM No comments:

It's what you learn after you know it all that counts...

When my barber found out that I was going to Peru he had one question:

"Can you find out if the toilets flush counter-clockwise?"  He always wanted to know if toilets in the southern hemisphere flushed the opposite direction.

I did a little research and found a nice article that said that they didn't. The science (which I don't really understand) says that if the body of water is big enough it would flow counter clockwise, but a toilet is not nearly big enough.

So it was quite a surprise when I flushed a toilet in the Lima airport and saw that the water did in fact flush counter-clockwise. This also happened in the Trujillo airport, and in all of the toilets we had in El Milagro.

So the mystery was solved: Toilets in the southern hemisphere flush counter-clockwise.

Then last week we rented a condo in Gatlinburg.

And the toilets flushed counter-clockwise.

Bottom line (pun only partially intended): Sometimes toilets flush clockwise and sometimes they flush counter-clockwise. And I have no idea why.
Posted by Phil Barth at 11:20 AM No comments:

Beth, Tommy and I just finished an incredible week in the Smoky Mountains.  Highlights included: