The Browns weren't on this Sunday, instead "playing" Monday night football in San Francisco.

This week's project was cleaning out the detached garage, with an end goal of having enough room to park both cars.

This wasn't necessarily on top of the project list, but it worked with the items we had for other projects (none), the available labor (Phil and Beth only), and the weather (raining).

Meanwhile, Monday also managed to free up when the Browns put on a display of football ineptitude not seen since week one, which was what got this whole effort started. 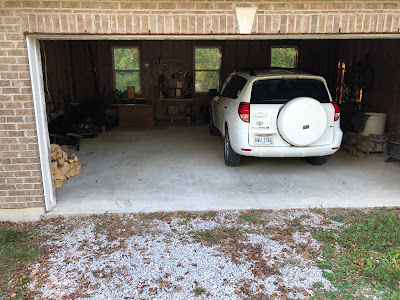 1. Spent quality time with extended family.
2. Read a book and did a GTD review on a flight to Canada.
3. Painted the basement wall in preparation for the new office and entertainment areas.
4. Cleaned out the detached garage.
Posted by Phil Barth at 11:24 AM